Kaikohe is strategically positioned in the centre of Northland. Kaikohe is 260km north of Auckland. It is just 30km from the district’s largest town, Kerikeri, or from Paihia in the Bay of Islands.

Kaikohe is the historical home of Ngapuhi, Aotearoa’s largest iwi. Its predominantly Maori population numbers at just over 4000 and is served by a range of large retail stores.

The Far North District Council is headquartered in the town, which also boasts the District Court, northern Police centre, and a number of government agencies, including the Ministry of Education and Department of Corrections.

Originally a village called Opango, Kaikohe was renamed in the early 19th Century after a rival Maori tribe raided the village. Opango fugitives subsisted among the Kohekohe trees on Tokareireia (Kaikohe Hill). The village then became known as Kaikohekohe (kai meaning food), which was later shortened to Kaikohe.

The warrior chief Hone Heke settled in Kaikohe, and died there in 1850. His grand-nephew Hone Heke Ngapua, MP for Northern Maori, also lived in Kaikohe. In April 1911, a monument to him was unveiled on Kaikohe Hill by Sir Tui Carroll, acting Prime Minister. A park in the town is also dedicated to Rawiri Taiwhanga, said to be New Zealand's first commercial dairy farmer. He milked a herd of cows and sold butter in 1834.

Kaikohe was linked to the national rail network in 1914 and after the First World War returned servicemen settled there. During the Second World War, Kaikohe was a base for an American army hospital and air force bomber unit.

Kaikohe is described as the Hub of the North. It is within 50km of the Bay of Islands, the giant kauri trees at Waipoua Forest, Hokianga Harbour, the Puketi and Omahuta Kauri forests, Kawiti (formerly Waiomio) limestone caves and much more. 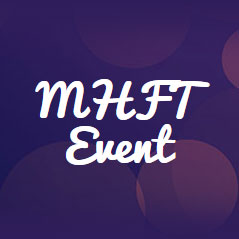 
The Aroha String Quartet is firmly established as one of New Zealand's finest chamber music ensembles and they will be joined by Robert Orr, NZSO Principal Oboe for this concert. Founded in 2004, this versatile …

Find out more about this event